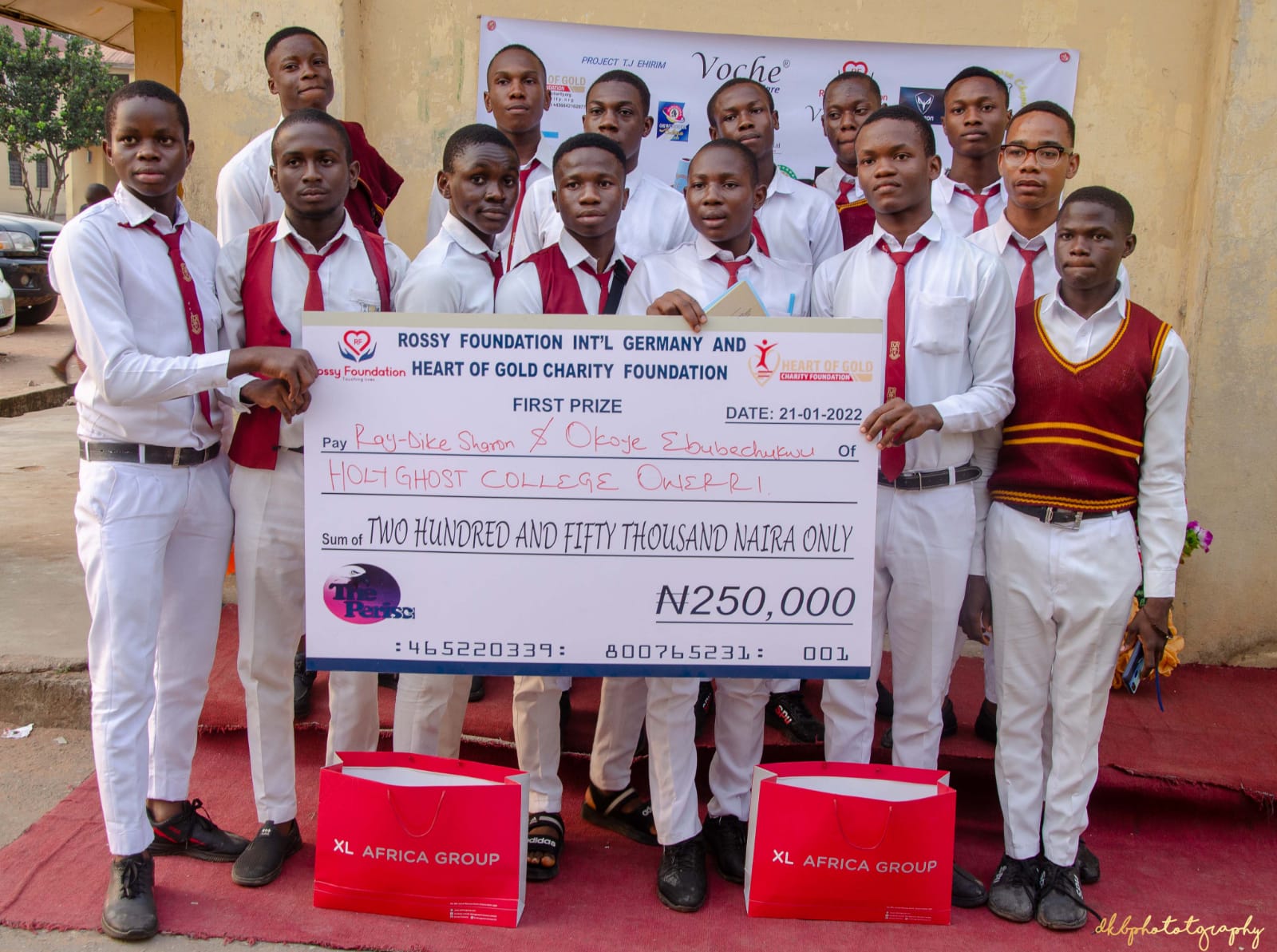 Presenting the money and gifts to the winners, Commissioner for Education, Professor Sylvester Okorondu, who was represented by the Director of UBSE, department of the ministry of education, Lady Dora Mirikwe, thanked the students for performing brilliantly in the quiz competition and thanked Rossy Foundation International for promoting Education on the African continent.

Speaking at the event, Mr Chidi Nze, Founder and president of Rossy Foundation International Germany, said the organization operates in several countries of the World, with a presence in Africa, Europe and Asia and Germany as its headquarters explaining that Rossy Foundation beams its searchlight on education, health, and empowerment.

He said the foundation believes in supporting the overall development of children by encouraging quality education through the awarding of scholarships at primary, secondary, and university levels, together with the provision of numerous free learning materials.

He also added that the foundation also promotes human capital development under its Empowerment Programmes.

It also promotes Girl-child empowerment programs, for women and people with disabilities.

He assured on the sustenance of Continuous Education promotion programmes, especially as it connects the revival of reading culture among the young generation.